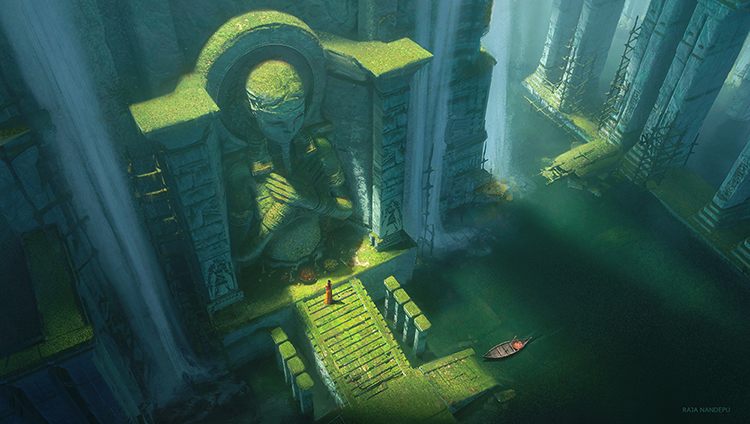 Fall into Autumn, dear reader, and welcome to another issue of Mythaxis. We have for you a customarily eclectic selection of short tales, from the romantic ghost story to colonial science fiction, surrealist dreamscape to dystopian workplace, military sci-fi to librarian fantasy, and even manage to get in a sinister round of that most unnatural of sports… miniature golf.

Yet readers do not live by short fiction alone, and this editor is happy to indulge in longer works for his own pleasure at every opportunity. In 2021, a little over half of my novel-reading has been in science fiction or fantasy (no real horror yet, I note, something that once would have outnumbered sf and f combined), so I thought I would indulge myself further with a salute to some that have had an impact.

In addition to speculative fiction I enjoy crime writing, and combining these interests I started the year with Ben H. Winters' trilogy of pre-apocalyptic police procedurals, The Last Policeman, Countdown City, and World of Trouble, in which a rookie detective is driven to pursue his investigations in spite of the fact that a planet-killing asteroid is due to hit the Earth later that year. It dips a little in the middle book (though I completely love its hard-boiled title), but overall this was a really interesting, satisfying series. Adjacent to crime, I also read Christopher Brown’s third novel, Failed State, his second (and what a brilliant concept) science fiction legal thriller. I think his I-also-love-this-title first book Tropic of Kansas is still his best, but all three are good.

Melding crime with fantasy now, I’ve also read books #4 and #5 of Ben Aaronovitch’s Rivers of London series, having enjoyed the first three after they were recommended by a friend back in 2020. Aaronovitch’s own joke that his protagonist is basically PC Harry Potter doesn’t do justice to what is frequently funny, sometimes horrific, but very definitely contemporary. The comparison with J. K. Rowling’s take on “British Magic” highlights for me just how much those books are a nostalgia trip for a kind of public schooling that has almost no connection to the experience of the majority of Britons whatsoever, whereas Aaronovitch delivers a richly multicultural London that very feels true to modern life, even if permeated with folkloric creatures and mystical powers at every other turn.

Speaking of English Magic specifically, I very belatedly embarked on Susanna Clarke’s magnificent Jonathan Strange and Mr. Norrell, which you will be unsurprised to hear I thought was one of the best fantasies I’ve ever read. I do one Charles Dickens every year, and briefly interrupted Nicholas Nickleby to sample JS&MN—the interruption ended up lasting for weeks, because I just had to keep reading. Now I’m looking forward to Clarke’s follow up, Piranesi, but I think I’ll save it for 2022, otherwise my Best of the Year list may risk becoming a bit repetitive.

I’ve enjoyed Ada Palmer’s three published Terra Ignota books, the fourth and final of which is due out shortly. Overall I’d call them challenging but rewarding; brilliant world-building and characterisation that balances right on the edge of I’m losing track of what’s going on here, but in a way that suggests I’ll want to read them again (right after I take another swing at The Book of the New Sun, most likely). And my most recent genre read is Emily St. John Mandel’s The Glass Hotel, which I raced through in under a day. Calling it a genre novel is maybe to categorise it by its slightest aspect, but I really enjoyed it, and anticipate a rereading sooner rather than later.

To close out this unexpectedly long essay, a semi-digression. Early in the year I had the great pleasure of listening to Kim Stanley Robinson’s keynote speech for Cappadocia University’s online conference “Living in the End Times: Utopian and Dystopian Representations of Pandemics in Fiction, Film and Culture”, followed by a Q&A helmed by his friend the literary academic Tom Moylan. Subsequently I acquired a copy of Moylan’s Demand the Impossible, an analysis of “critical utopian” fiction of the 1970s, only to have to quickly put it aside in order to read three of the four novels which he examines in great detail.

So, in addition to Ursula K. LeGuin’s The Dispossessed, I have now also read The Female Man by Joanna Russ, Triton by Samuel R. Delany, and my favourite of the four, Woman on the Edge of Time by Marge Piercy—just an excellent piece of work, which brought back to mind Joanne Greenberg’s I Never Promised You a Rose Garden. Finally returning to Moylan’s text for a deep analysis of the themes of, and comparison between, each novel made for a very interesting start to the year, refiring my interest in utopian fiction.

I’ll leave off there, without even mentioning Dune Messiah, since this editorial is in danger of dwarfing several of the actual stories in the issue! But this may give you some inkling of the kind of fiction that grabs this editor’s attention, and you may take it as read that every novel mentioned above is also a recommendation.