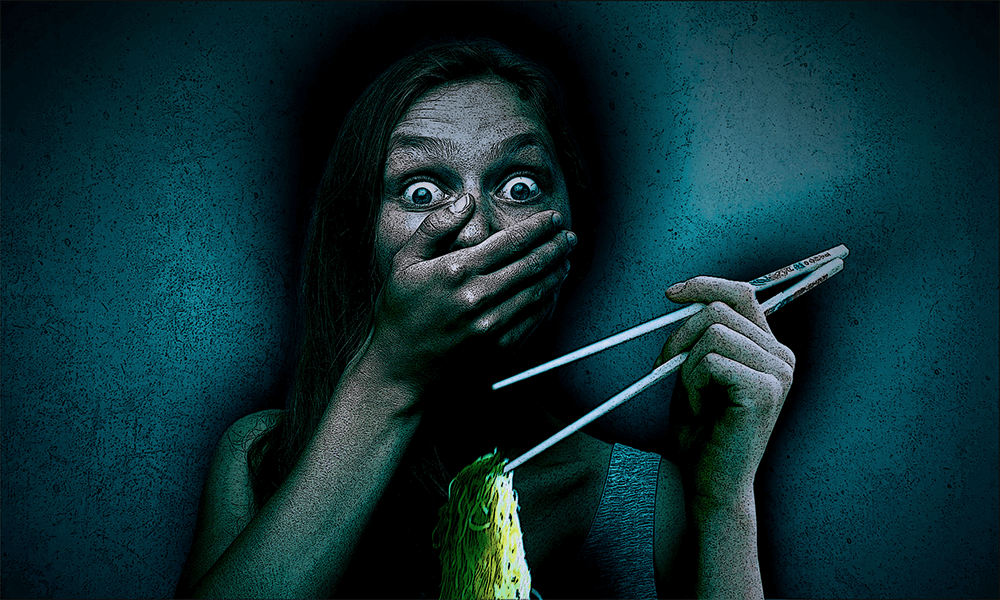 A xenofauna sample was captured alive and returned to the laboratory by Agolgan mercenaries. Once negotiations for payment were concluded, the sample was brought into the complex. As the sample demonstrated a highly aggressive nature while in the care of the mercenaries, it was placed into secured containment immediately.

Because this organism was secured alive, we will maintain it in captivity while we study its behavior and physical traits. Our first step is to determine its diet so that it can be maintained until a necropsy is ordered.

Speaking of diet, someone should have a word with Exterra about our supplies. They can brag all they want about how their wonderful Nutri-Noodles have the perfect balance of macronutrients or whatever it was, but they taste like plastic tubing and they’re hardly filling. They could have at least sent along some dried fruit or something.

Sample was presented with 50kg of local xenoflora, gathered from the cultivation grounds used for the other samples.

Sample circled the vegetation, prodded through the mound with its head, then turned away from it and commenced to pacing back and forth along the far wall. After an hour of observation, the sample had not consumed any vegetable matter. It does not appear to be herbivorous.

Noticed some irregular readings from the containment sensors. The maintenance team needs to get off its collective ass and fix this thing up. God help them if I have to get on them about it.

Sample was presented with 30kg of preserved bovine offal.

Sample approached the offal, took a substantial portion into what we are assuming is its mouth, then promptly regurgitated most of it. Maintenance crew on the ground reported that the sample made a series of loud vocalizations and “looked upset.” Either the sample is not carnivorous or else it requires fresher meat than we have at present.

Received more irate messages from Dr. Hedren on our alleged “lack of progress.” What is she expecting? We’re dealing with nature here. If she wants us to just kill the thing, cut it open and mount its guts on slides for some Federation official, then we can do that, but SHE’S the one who wants these things studied alive.

All I ever hear is “Oh, the Taiyang people would have had reports done by now.” Well, let her try to bribe some Taiyang people into joining up. Recruitment isn’t my responsibility.

The sample did not even approach the noodles. It made a vocalization that sounded vaguely like a dog growling, then commenced to pacing about the containment area in tight circles. At the risk of anthropomorphizing the sample, it appeared angry at our proffered foodstuffs. I understand how it feels.

How the hell did a technician get close enough to drop anything in there? And why? The holographic displays are more than sufficient, but they always want to get close. This is a lawsuit waiting to happen.

A mercenary crew offered us a live example of the organism previously labelled X-0A. Though we’ve already studied this organism, we paid a token price and then released it into the containment area with the sample.

Within seconds, the sample had detected its prey and lunged upon the smaller animal. Curiously, the sample seemed to vanish for a moment – we at first thought this was a glitch in the holographic display, but further analysis revealed that some quirk in the sample’s anatomy allows it to compress its body into a remarkably fluid-like form.

The sample is clearly carnivorous. Furthermore, it obviously has an exceptionally efficient digestive system, as it consumed the prey animal in its entirety – including bones – within a span of two minutes. The sample proceeded to explore the containment area, suggesting that it was not fully satiated. Given that it consumed at least 150kg of tissue, it must have an unusually accelerated metabolism to accompany its digestive system.

If Hedren keeps pestering me, I’m going to drown her in Nutri-Noodle broth. I shouldn’t write that, but it’s not like she’s ever going to read it.

A young technician named Davidson fell into the containment area. Safety mechanisms activated, but too slowly to stop the sample from reaching Davidson. It is perhaps unethical and/or tasteless to record this as a test feeding, but any researcher would want to know that their sacrifice was not in vain.

The sample consumed Davidson’s body in its entirety, much as it did with the xenofauna from the previous test. It does not have any issues with the consumption of foreign animals. It also appears that it is not yet satiated. In fact, it became quite agitated after the feeding.

The best I can say is that Davidson didn’t scream for too long. That was horrible, but I told those idiots to stay away from the enclosure. I’ll bet she’s not the last one to fall in. Frankly, they deserve it if they’re going to be this dumb.

I was physically present for this feeding. Senior technician Arnold and I were examining the safety failure that enabled Davidson to access the containment area when Arnold fell in, much as Davidson had.

Unlike Davidson, who was still stunned, Arnold was composed enough to attempt to defend himself. This was futile.

Arnold was an asshole, I don’t think anyone will miss him. Hedren’s on us, now. Busybody that she is, I bet she’ll be down here ASAP, looking for someone to blame. It’ll probably be me – she’s been looking for an excuse to run me out. Let her try it, see what happens.

I was physically present for this feeding. Laboratory director Dr. Hedren requested to personally examine the containment area and its safety mechanisms. During the examination, she accidentally fell into the containment area through a complete stroke of bad luck that was no one’s fault.

Dr. Hedren will be sorely missed.

Well, that was convenient.

The sample broke free of containment and entered the laboratory proper. It attacked and consumed four maintenance workers. Security teams engaged the target, but it killed one before escaping down a maintenance passage. Current location is unknown; base is on lockdown.

Sample has consumed well over 600kg of animal tissue in fewer than three cycles and has not been observed sleeping. This is troubling.

Okay, the internal security mechanisms have engaged, so as long as I don’t leave, I should be fine. Terrified, but alive. I’ve got enough water and Nutri-Noodles to last until Security wraps this up.

I think I’m getting a new appreciation for Nutri-Noodles now that I’ve decided that I’m never eating meat again.

Sample consumed three other live specimens and their caretakers. Security is reporting that the sample is capable of compressing its body enough to pass through some HVAC vents, though this is likely attributable to the effects of trauma.

My current estimate is that the sample has consumed over 1200kg of animal tissue. There are some mathematical improbabilities here but I’m too mortified to double-check the math at the moment.

On the plus side, I’m now confident that we have no alcoholics here. I haven’t found a single concealed flask or bottle, damn it.

Anyway, if anyone finds this, I leave whatever I happen to own to my brother. It’s not exactly a legal document, but it’s the best I can do under the circumstances.

Sample breched my room and attcked. I escapped but it got its jaws into m arm first and ripped it of above elbow. I am typing ths with 1 hand so excuse typos. Its too hard and hurts to much t fix them riht now.

Most of my blood is on thfloor. Watched man gt bit in haf. Sorry Hedren.

Might be delirous from blod loss and shok. Dont think the music sreal. Noddles are real. Love noodles. No blood when eat thm.

Musics good even if not real. I want sm fruit tho.

Thanks for reading - but we’d love feedback! Let us know what you think of “Experimental Diet” on Facebook.